There’s a new bike in the quiver! 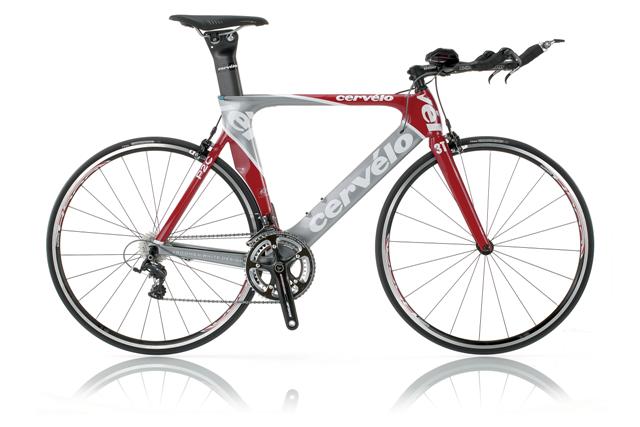 After being professionally measured in early December I began the quest to find a bike that would suit the position I hoped to ride with for the next season (well next many seasons) of triathlon. My demands were a bit odd including an 890mm bottom-bracket to seat-top height and the hope of riding in excess of 80o seat tube angle. The scoping out of all the bikes was happening at about the same time that Slowtwitch published it’s analysis of the pro positions on their bikes in Kona. It’s an interesting article and something I’d recommend perusing. If the bike positions aren’t something you’re super concerned with you will like the photo of Faris Al-Sultan with a bottle of gatorade stuck down the back of his speedo. Compare those shots with a few photos of yourself and there’s likely a few obvious things to improve. (Slowtwitch link)

I had a number of bikes that should have worked but the demand for something specific really bumped the prices into some of the upper brackets for what would have been ideal. I was excited to try out the same bike that Torbjorn Sindballe rides (Argon 18 E-114) but recognized that the pricepoint was too high to even bother trying to sit on a frame that would work. I’m too big to get a frame that most shops carry extras of and it’s not really fair to have one of them ship a frame in if I’m not actually going to consider buying it. I toyed with the ideas of Felt (B2-series awfully steep but not good value and DA is just too expensive), Look(496 has too much lacking, 596 is too expensive), Orbea (well Ordu’s too expensive, Ora’s not serious enough) Kuota (Kueen K is too expensive, Kalibur is not steep enough)… really I thought about a lot of things and after many hours of research I came back to cervelo. I’ve been riding a Cervelo Dual from 2004 and have enjoyed it thoroughly but it just can’t go steep enough on the seat-tube angle. It’s also been crashed twice and starting to put upgrades on a bike that’s been smashed is questionably intelligent. The next models up in the cervelo time-trial lineup rock out around the 78 degree mark without even trying. Pushing the seat forward is 80 degrees, maybe even 81 if I splurge and go for the (second from the) top of the line P3. I got myself on a 61 cm P3 bike in Calgary over Christmas and it fit like a glove, steep and really really tall! I couldn’t justify the price differential to the better bike without actually trying out the P2 which might or might not have been able to do the position. After waiting around for one of them to show up at a shop and then to be built I was able to hop aboard one of them a week ago Saturday 7 weeks after the process began. The results were good, the seat tube stays steep enough when pulled out to accommodate my enormous legs. I had solved the problem of correct positioning at the cheaper of the two prices and with only one of these bikes left in Alberta at the 2008 season’s prices I got it before the availability was lousy and then every other bike I had previously eliminated would have been back on the table for discussion. The following photos are on the new bike but they’re action shots and not fitting shots so the comparison to the still shots on the fit bike don’t correspond exactly.

It’s silver and red so that aero-helmet I bought back in October matches nicely. I had debated at the time whether or not it was a wise idea to get a silver helmet considering I had no other silver cycling gear… but it turns out to be an excellent match. It doesn’t exactly match with my racing kit for next season which is green, gold and black to represent the University of Alberta but that’ll just have to be how it is. The stuff you can’t see from the photos that is worth noting is that it’s setup with Shimano DuraAce components, visiontech up front, and FSA Hollow-Carbon cranks. The seat is fi’zi:k Arione and the wheels are the standard Shimano R-500 that it seems like the whole triathlon world rides as their training wheelset.